Joy! One of my Favorite Photos 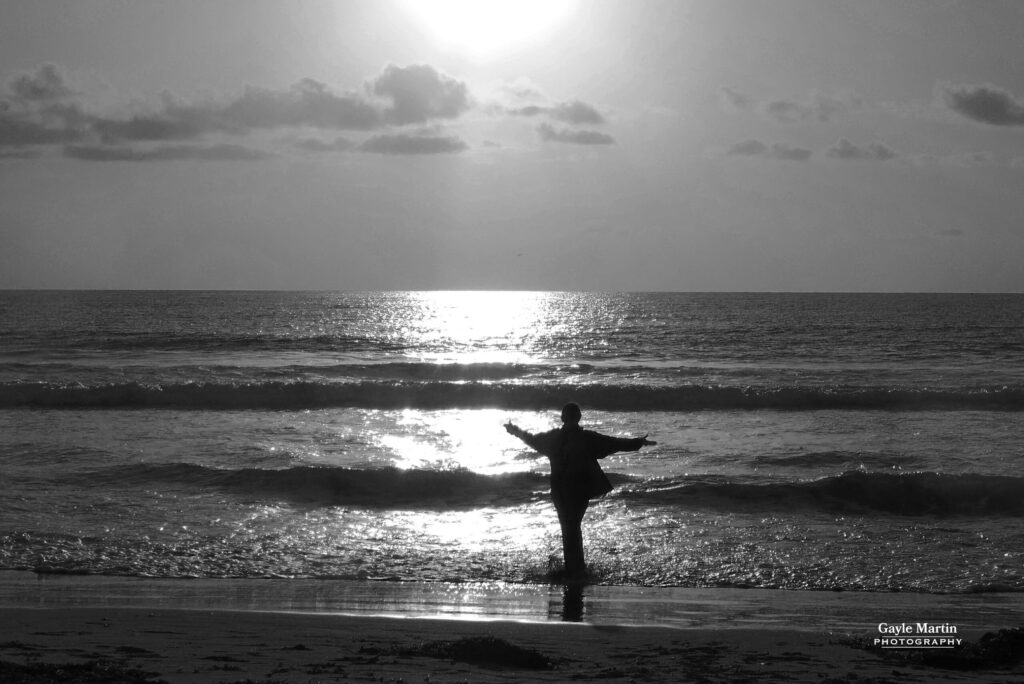 It’s funny how a seemingly unremarkable photo can become iconic. Such is the case with the above photo, titled, Joy!

A few years ago I had to go to San Diego to work on a video I was producing. I needed footage of a figure walking into the ocean, at sundown, so I brought along a friend. We arrived at the beach in the late afternoon. The sun was getting low in the sky, but not yet low enough to be changing colors. So I set up my camera and took a few test shots. However, conditions were such that they came out rather unremarkable. The colors looked washed out and faded, but hey, they were just test shots. Later on, at sundown, I got some amazing footage. So now, if you’ll excuse the pun, we’ll fast forward.

I started this photography blog a few years later, which meant I was spending a lot of time going through my photo libraries. So lo and behold, here’s one of the test shots from my San Diego video excursion. The composition was spot on, but it was taken before sundown, so the colors were washed out, making the image look dull. Enter PhotoShop, my digital darkroom.

Because photo already looked monochromatic I converted it to black and white. Wow. What a difference. From there I worked the lights and darks to get more contrast, and the result is what you see above. A stunning black and white sunset image, which is actually a good thing, because none of the beach footage I shot that day made it into the final cut in the video. Oh well. Such is the nature of video production.