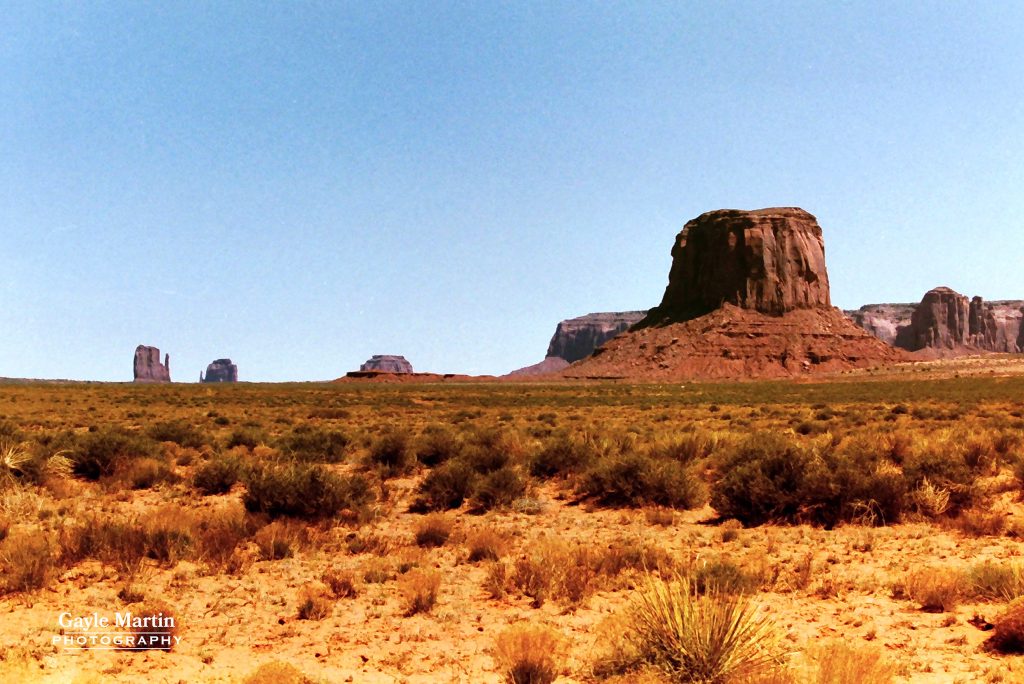 Monument Valley, Arizona, with its unique massive buttes, is a photographer’s dream. It’s located on the Navajo nation in northeastern Arizona, near the four corners. John Ford made Monument Valley famous in the 1930s when he directed a number of western movies there, including Stagecoach, starring John Wayne.

I visited Monument Valley in 1993, while driving from Phoenix to Denver. I was only passing through, but I had my camera with me so I stopped along the way to take photos. I could have easily spent a day there, but it’s such an incredible location that it doesn’t take long to get some amazing shots. I even drove past a small camera crew who were shooting a model for what appeared to be some sort of advertisement. As said, it’s a photographer’s dream.

The photos were all taken with my 35mm Nikkormat FT3 camera, and restored in Photoshop.