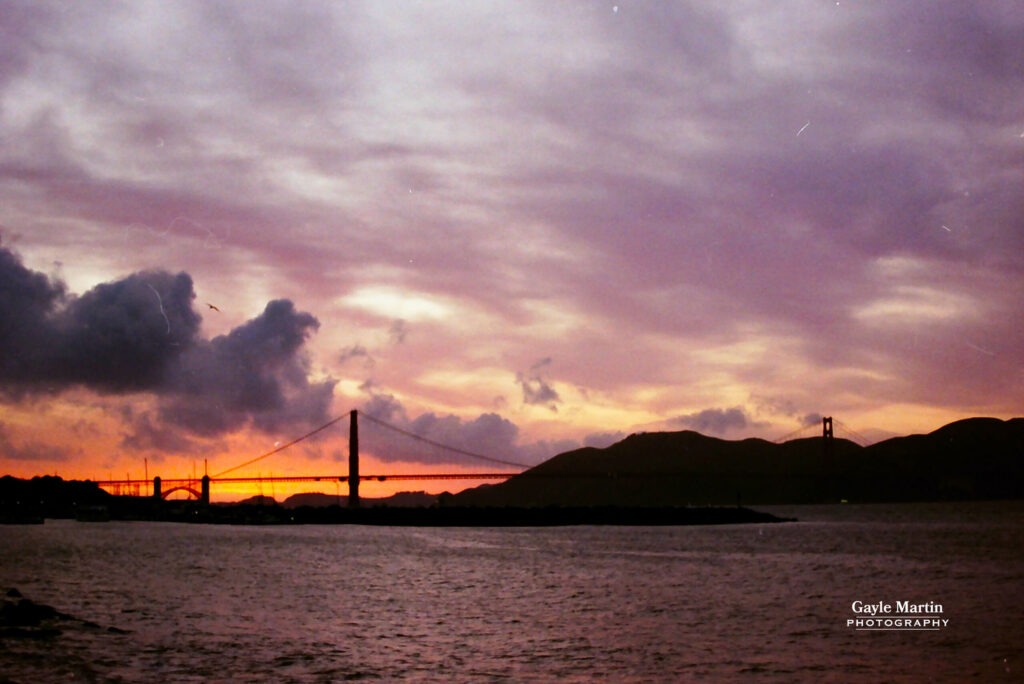 As some of you know, I’ve been doing photography for most of my life. At the risk of dating myself, I’ll admit to having used film cameras much longer than digital cameras. Like many “old school” photographers, I was skeptical of digital photography when it first came along. It wasn’t until 2009 that I purchased my first real digital camera. By then technology had come a long way.

My 35mm heyday was the late 1970s through the 1980s. I spent some of those years living in San Francisco, and while I was there I did photography whenever I could. However, film was expensive, and I didn’t always have a lot of money. Then I found out about a company in Seattle called RGB. They sold remnants of 35mm movie film, and it was less expensive. They also did their own processing. It too was less expensive. You mailed them your exposed film, and they sent you back both slides and negatives, which I carefully stored in plastic sleeves in three ring binders which were then stashed in cupboards away from UV light. I thought they would last forever.

Well, I guess the sort of lasted forever.

Fast forward to present time. I finally gave in, ordered a slide scanner from Amazon, and began the daunting task of scanning those old photos. It was actually a lot of fun going down memory lane. Problem was, much of that “movie” film turned out to be not so great. Both the slides and the negatives had a lot of deterioration. I scanned the best of the best, both negatives and slides. For the most part, the negatives held out better than the slides and they had less deterioration, although there are a few exceptions. I also found the Kodak films aged better, but again, some held up better than others. The Kodachrome stuff looks remarkably good, the Ektachrome not so much. The Kodak Plus X black and white film also held up remarkably well

My next step was to take the images over to PhotoShop and do some restoration. Much of the color looks like old Technicolor movies. Kind of funky, but people seem to like it. Others, however, are too far gone and had to be converted to black and white. I’ll be adding the best of the best to my main website, gaylemaritinphotography.com, but remember. Film is grainy, and doesn’t have the same resolution as digital photography.