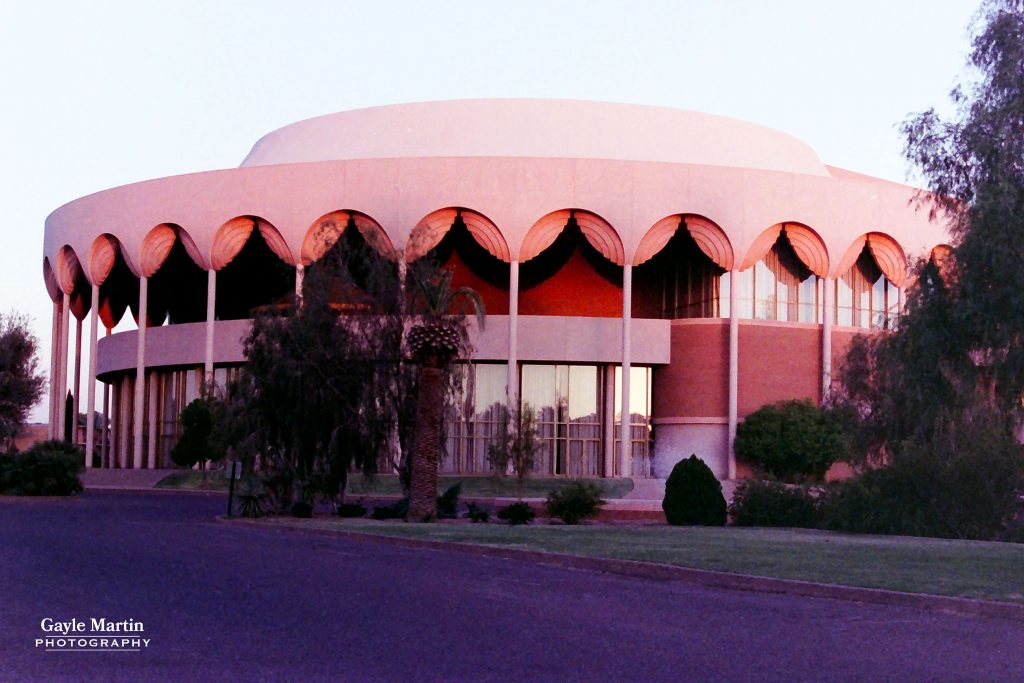 I attended Arizona State University in the late 1970s and early 1980s. ASU is a beautiful campus with impressive architecture and scenic landscaping. In 2011 I revisited the campus. Some areas looked exactly as they did when I was a student. Others, however, were quite different, most notably, the architecture college.

I majored in art, and the art building stood next to the old architecture building. The building is still there. However, the architectecure college has expanded considerably. It’s now in a newer, bigger building, and part of the Design School. The Design includes graphic design, interior design and other courses of study. This change was in the early planning stages at the time I graduated. Nonetheless, seeing it was still quite a surprise.

Photography is that it’s more than just a visual art. It’s a time machine. It captures unique moments in time and preserves them forever.

My Vintage Arizona State University Series includes two restored 35mm photos. The first is Grady Gammage Memorial Auditorium. This iconic building is located on the southwest corner of the campus. Gammage Auditorium was the last building designed by Frank Lloyd Wright. Originally designed a an opera house in Baghdad, Iraq that was never built, it became a famous Arizona landmark. Construction began in 1962, and the building was completed in 1964. I took my photo  in 1979, and the building looks much the same today.

The other photo is from the art building fourth floor balcony, circa 1979. It was my early morning before class hangout. I loved the view of the plaza between the art building and the old architecture building. Behind the old architecture building you can see other parts of the campus, including Sun Devil Stadium. It too has changed considerably since then.

My college years were a wonderful time in my life. However, if I had it to do over again, I would have gotten my degree in photography.